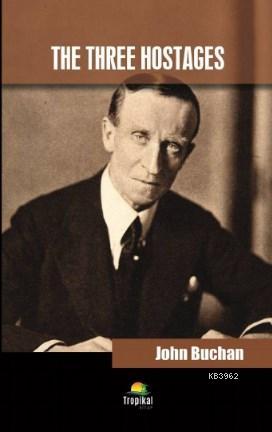 On your last birthday a well-meaning godfather presented you with a volume of mine, since you
had been heard on occasion to express approval of my works. The book dealt with a somewhat arid
branch of historical research, and it did not please you. You wrote to me, I remember, complaining
that I had let you down, and summoning me, as I valued your respect, to pull myself together.
In particular you demanded to hear more of the doings of Richard Hannay, a gentleman for whom
you professed a liking. I, too, have a liking for Sir Richard, and when I met him the other day (he is
now a country neighbour) I observed that his left hand had been considerably mauled, an injury
which I knew had not been due to the War. He was so good as to tell me the tale of an unpleasant
business in which he had recently been engaged, and to give me permission to retell it for your
benefit. Sir Richard took a modest pride in the affair, because from first to last it had been a pure
contest of wits, without recourse to those more obvious methods of strife with which he is familiar.
So I herewith present it to you, in the hope that in the eyes of you and your friends it may atone for
certain other writings of mine with which you have been afflicted by those in authority.