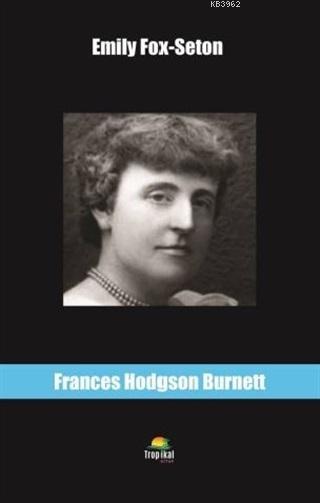 When Miss Fox-Seton descended from the twopenny bus as it drew up, she gathered her trim tailor-made skirt about her with neatness and decorum, being well used to getting in and out of twopenny buses and to making her way across muddy London streets. A woman whose tailor-made süit must last two or three years soon learns how to protect it from splashes, and how to aid it to retain the freshness of its folds. During her trudging about this morning in the wet, Emily Fox-Seton had been very careful, and, in fact, was returning to Mortimer Street as unspotted as she had left it.

She had been thinking a good deal about her dress this particular faithful one which she had already worn through a twelvemonth. Skirts had made one of their appalling changes, and as she walked down Regent Street and Bond Street she had stopped at the windows of more than one shop bearing the sign Ladies' Tailor and Habit-Maker, and had looked at the tautly attired, preternaturally slim models, her large, honest hazel eyes wearing an anxious expression.

She was trying to discover where seams were to be placed and how gathers were to be hung; or if there were to be gathers at all; or if one had to be bereft of every seam in a style so unrelenting as to forbid the possibility of the honest and semi-penniless struggling with the problem of remodelling last season's skirt at all.